Israeli media on Tuesday picked up on the recent claim by Christian researchers that the real Mount Sinai is in Saudi Arabia, and that the Saudi authorities might soon bulldoze the holy mountain to prevent what they call "idolatrous" attention.
The Doubting Thomas Research Foundation has for years been trying to prove that the biblical Red Sea crossing took place between the Sinai Peninsula and what is now Saudi Arabia, and that the real Mount Sinai is located in the oil-rich kingdom at a site known as Jabal al-Lawz.
In a recently-published video clip (see below), the group's director, Ryan Mauro, is seen secretly visiting Jabal al-Lawz before being chased away by locals.
Mauro claims that the Saudi regime knows that the mountain in question is the biblical Mount Sinai, and is doing all it can to keep that fact from going public. A local jihadi who he interviewed in the video seemed to agree.
"When I was in the jihad world we all knew that the Mount Sinai was in Saudi Arabia," the jihadi says while speaking through a voice changer with his face hidden. "The people on the outside had no idea that it was there," he added. "We fighters didn’t want anyone to know about it, and we knew the Saudi government hid it and protected it with security and we all agreed with it."
Should those efforts to keep the location of what he insists is the real Mount Sinai fail, Mauro worries that Saudi Arabia could demolish one of the Bible's most well-known holy sites.
Reactions to the story on the Israeli news portal Walla! ranged from outrage that these Christians thought they knew better than Jewish sources, to disdain for all who think the Exodus as recording in the Bible is even real.
A poll posted at the end of the Walla! article found that 83 percent of respondents believe the Exodus from Egypt really happened, though some aren't sure it happened how it's recorded in the Bible. Eleven percent of respondents to the poll said the Exodus is a fairytale, which was the position taken by what appeared to be a majority of those who bothered to leave a comment. 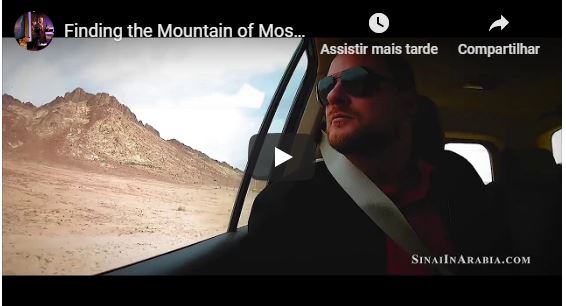